Is there ever a good time to start?

The best time to start almost anything is right now because there will always be some reason to delay it. But I have a hard time believing that putting an end to my spending without a budget during the biggest gift giving season was wise.

Or was it the wisest?

Let me tell you a not-so-secret-tidbit…my entire family celebrates their birthdays within 4 weeks of Christmas. Meanwhile, my birthday is in June. This means that I have 3 humans who get 2 gifts this time of year — that adds up quickly.

But it’s not their faults (or is that a collective “fault”?) And it is nice to batch my shopping, big time. Except when the credit card bill rolled around in January.

Try as I might, I simply haven’t been able to shop ahead of time. I can barely remember what day of the week it is, let alone what month it is + what month is coming up. Remembering that my sister is celebrating her birthday more than 3 weeks in advance is asking way too much of me.

If there are any quick lessons I’ve learned since declaring my debt aloud, it’s that you need to honor where you are at. And be honest about what you’re capable of.

I am capable of budgeting a bit more than I have been (aka never budgeting). I am not capable of handcrafting all holiday gifts from pennies into jaw-dropping keepsakes that no one will want to regift, ever.

So what is a recovering spender with variable income to do? Be ok with spending money on others, but be very purposeful with what I do spend. Let me get more specific.

The first big step in prepping for this gift giving season, besides acting so surprise that it’s already the end of the year, was setting a budget for each gift.

That included talking to my husband & agreeing on a limit for each other’s gift. (We tend to spoil the shit out of each other, which is great, but not great.) So we decided to pull way back this year but still get a gift for the other to open.

Now that I have a budget set, the next step is actually sticking to it. (Shocking, I know.)

I’ve set budgets before. I set one for our wedding, but don’t ask me what it was versus what we spent. I’m pretty sure I set a budget every Christmas to cope with the number of gifts I feel like I need to give, I think. Yeah, I’m seeing a pattern here, hence the debt blog.

To keep my normal behavior from kicking in, I physically wrote out the list of gifts to buy & the budget for each one. As much as I wanted to create a spreadsheet, I knew that putting pen to paper was the best chance I had at committing that shit to memory & making it stick.

My goal is to avoid spending the money that I save on some gifts on other gifts. If I save money, it’s going towards paying for this expensive time of year.

How do I stick to a budget & still give out great gifts (because giving shitty gifts is worse than giving no gift at all, in my opinion)?

I have to spend some time instead of spending my money.

Where I would wow my friends & family with quantity or a bigger ticket item, now has to come in the form of a carefully curated gift with a smaller price tag. Or it means spending more time tracking down discount codes & deals to buy those more spendy items at a budget-friendly price.

I’m up for the challenge & making a game out of it has honestly helped me not feel like a grinch.

I haven’t planned out every gift yet, but one of my favorite concepts are goodie baskets that people actually want. I.e. a popcorn bucket with movie tickets, some candy & kleenex for your favorite RomCom fan. It takes effort to put together but can leave a big impact.

Another idea I’m exploring involves some of the photography I took on our honeymoon. Personal gifts can leave a big impact without breaking the budget too.

I’ve had to make some mindset shifts too.

In years past, I would often order stuff for my family & friends….and myself. I’d track down things that I knew they’d love but I also loved. Treat yo’self was very real in my world.

That needs to stop for a hot minute.

And with Black Friday/Cyber Monday deals blowing up my iPhone, I had to start unsubscribing. Reminding myself of my goals — paired with the sadness I feel when looking at my savings total — helps avoid some of the deals. But some of them are super tempting.

Unsubscribing keeps me out of the loop, and out of my wallet.

The last shift I’m making is spending before I have the money. I know that I’ll get cash gifts, it’s just a thing that happens in my family. I would often treat myself to something knowing that I could simply use the cash to pay towards my credit card.

I bet you can see where this is going.

Instead of putting the gift money towards the thing I bought in November, I’d buy another thing in December. It was almost like the November purchase never happened. Except it did & I had to pay for it.

For the next 4 weeks, I’ll be focusing on purposeful gift giving to those nearest to me — and not including myself in that pool of lovely humans. As hard as that may be. 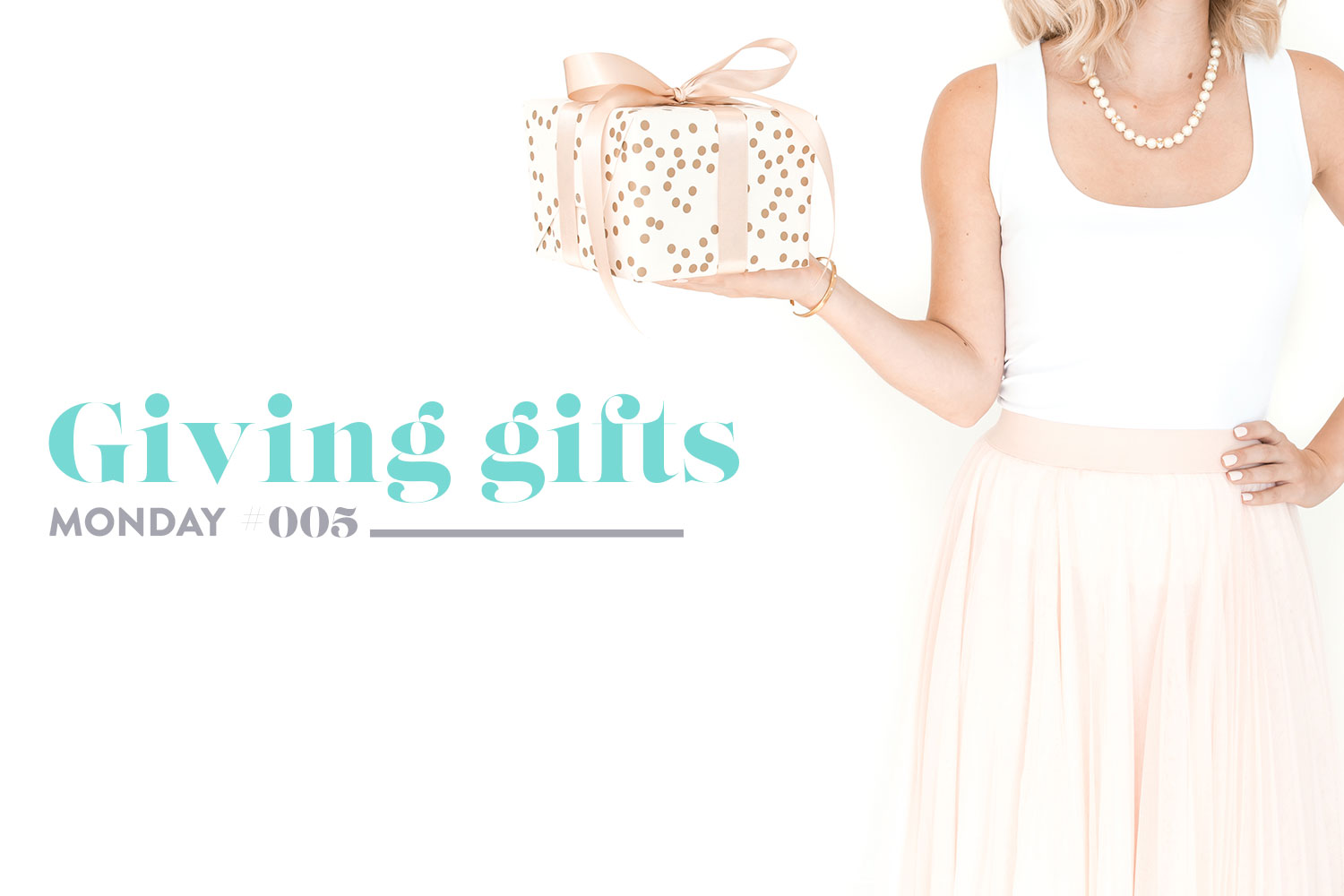