Do I get excited when I see coupons next to the item already on my list? You bet your ass I do. But you won’t find me clipping the Sunday paper or subscribing to 12 different emails to save 50 cents on 5 boxes of anything.

It doesn’t work with the way I meal plan. It stresses me out way too much and adds anxiety where I don’t need it. I love a deal, just not at the expense of my resting heart rate.

However, when faced with the reality that I had a pile of debt to pay off — rather I needed to stop losing money like it was a fashion statement — I decided my grocery shopping routine needed a little change.

I still wasn’t about to coupon.

Prior to the debt confession of 2017, the hubby & I would navigate the aisles of Costco or Woodman’s grabbing items on the list that I carefully curated — along with any other item that sounded good to us.

And there was problem number one.

By veering off of the list, we were guilty of adding about 10% to our total grocery bill each week!

Plus, those unplanned items don’t always get consumed in time since they’re not on the menu. And, if I’m being honest, I was buying based on packaging alone more often than not. Pretty labels do not get you out of debt.

Sticking more diligently to the list has helped us save an average of $10 on our grocery trips each week. I’m not mad about that.

Now is where I have to admit that I was more to blame for problem number two.

I like planning out meals and recipes. But I didn’t look at what random ingredients we were buying for each meal.

One recipe calls for 3 dried apricots? Sweet, let’s buy a bag with dozens of apricots since that’s the only size they come in. The next recipe requires 1 tablespoon of basil? This package of fresh basil seems like a good idea until I remember that basil turns bad when you look at it funny so making it to the day when you need it in the recipe….well, good luck with that.

I was picking recipes left and right based on what I had flagged on Pinterest or Instagram. It kept the meals interesting and our grocery bills more costly.

But now, for the last three months, I’ve been picking 2 primary recipes each week and then another option that calls for similar ingredients for each base recipe.

Want an example? Of course you do…

I really wanted to make Pork and Apple Lettuce Wraps from my new Whole30 cookbook. The ingredient list was basic enough (except for those fucking apricots, but dried apricots should last me a few weeks) and it called for ground pork. But it called for a relatively small amount and I knew the package would have extra.

Instead of making a bigger batch of the meal we had never tried and risking throwing that expensive protein into the trash, I also added Ground Pork Pizzas to our meal plan. We already had the sauce in our freezer from a few weeks ago and cheese is a staple ingredient to us. All it required us to buy was pizza crust, everything else we had.

Planning smarter helped, but it wasn’t the only way that I’ve gotten our grocery bills down each week.

Speaking of the freezer, I started “shopping my pantry” each week. Since I was so good at picking recipes with obscure ingredients that we didn’t use up, I started picking 2 items that we hadn’t used recently, then browsed the internet for a recipe to try with those items.

Some of it was easy enough, like when you realize you have 5 frozen packages of ground turkey buried in various corners of your freezer. Others took a bit more searching to find something worth trying. No matter what the item, it was like a weird puzzle and I started to enjoy it.

Which leads me to my next grocery pointer… make it a game.

We know that if we have good meals planned and a stocked fridge, we are less likely to spend money at a restaurant. So we’re ok with going over on our grocery bill when needed. However, we have started to see if we can keep the bill under $100 each week.

Not as a strict budget rule, but as a challenge to ourselves. It’s amazing what a little friendly competition can do to deciding between the prewashed and twice the price spinach versus the bundle of greens in the produce aisle.

While Jeff scans items at the checkout, I bag and keep an eye on the total. It’s fun when we keep it even less than $90 some weeks.

For the record, I went over by 52 cents when I went shopping this week. Whoops.

In my defense, I knew that if homemade sweet potato fries were on the menu, I wouldn’t be excited about the meal. So I bought frozen ones to keep us from grabbing take out fries mid-week. (Am I the only one that can’t bake good homemade fries to save her life?) 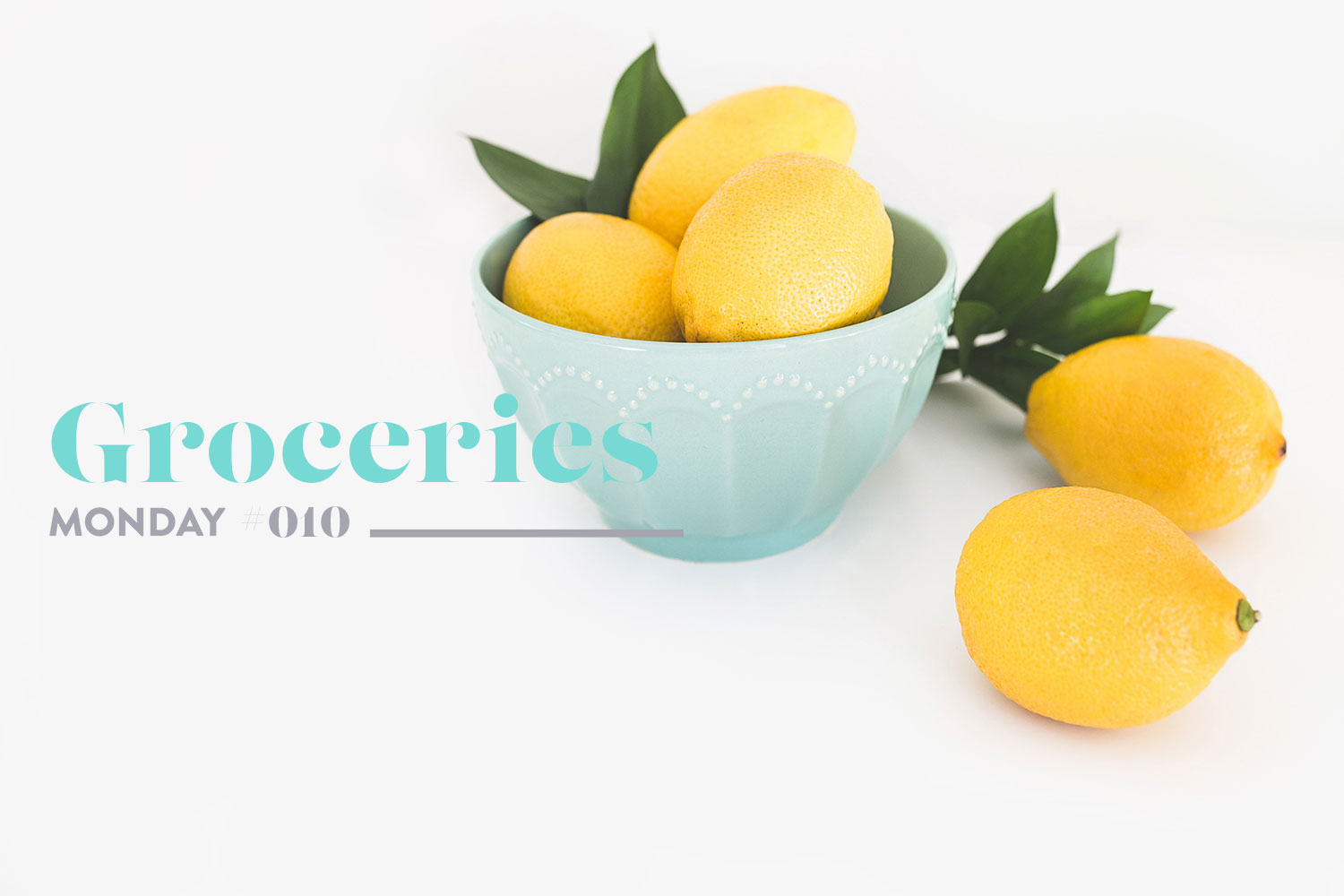