While it’s not the main story for my debt, there is something to be said for the amount of stuff the collective we buys. (Talking about society, specifically American society.)

As I came to terms with the amount of debt that I had & researched how to get myself out of this pickle, I noticed a huge trend — sell yo’ stuff.

It seemed like many folks with debt would sell the cars they still owed money on, or the items in their closet that still had tags on them, or the grown-up toys that are too expensive to maintain.

My problem with most of this advice was twofold, I suck at selling & I didn’t have a lot of stuff.

You could insert a “really?” gif right here and it might be applicable. Do I have my share of  things/possessions/stuff? You bet your ass I do. However, selling my collection of coloring books (all 8 of them) isn’t going to get me out of debt.

Not with that attitude, sure. I’ll own that.

I got really frustrated reading stories of folks making $15,000 by selling their cars and saving the $400 monthly car payment they still had on the vehicle. My car is already paid off and without it, getting to my weekly doctor’s appointments would be tough.

Since selling my car wasn’t an option to me, I decided to try selling a few items that could potentially make me some quick cash. And more than $20 worth.

This is where it gets entertaining.

We started by trying to sell my road bike. In the winter. In Wisconsin. Spoiler alert! No one wants to buy a road bike when it’s -10 degrees outside. I’ll give the husband credit for giving it a shot, but we both knew better.

I’ll try again in the spring.

Then I tried selling my extra camera body. Because what non-photographer doesn’t have 2 DSLR cameras?! Most of them, you say? Poppycock. I asked friends, Facebook and then the dreaded Craigslist.

Insert an audio clip of crickets.

The timing of my attempt could have been off on this one too. Instead of posting about the camera the week before Christmas, maybe the week after would have been better. “Do you have Christmas cash burning a hole in your pocket? Get this Nikon DSLR!”

And before you say to yourself, it’s just 2 examples, she really can’t be this bad at selling, think again.

I reached out to friends and Facebook with a handful of small appliances that I was clearing out.

Related tangent: We got an Instant Pot for our wedding and it has become my absolute favorite small appliance known to humankind. Because of my love for it, I wanted to get rid of the numerous appliances it replicates — rice cooker, slow cooker & hard-boiled egg maker.

It’s not like I was asking for $50 an appliance. I was asking $10-$20 per item. Dat’s it. But maybe everyone and their mom got an Instant Pot

Either way, I haven’t sold a single item between October and now. And my home office has a pile of small appliances staring at me asking what the Instant Pot has that they don’t.

I’m not giving up on my sales career, but I don’t think it will be what saves me from stressing over my debt. Instead I’m hitting pause & focusing on how good I felt donating bags of unwanted clothing to a worthy cause. Or how accomplished the husband & I felt taking a trip to St Vinny’s with a car full of his unwanted clothing & items small enough to not be worth selling.

I get that some folks will sell items for $1 and that it adds up. Personally, I’m drawing the line at $10 until it’s warm enough to have a garage sale.

Maybe that’s why I’m not cut out for a job in sales? 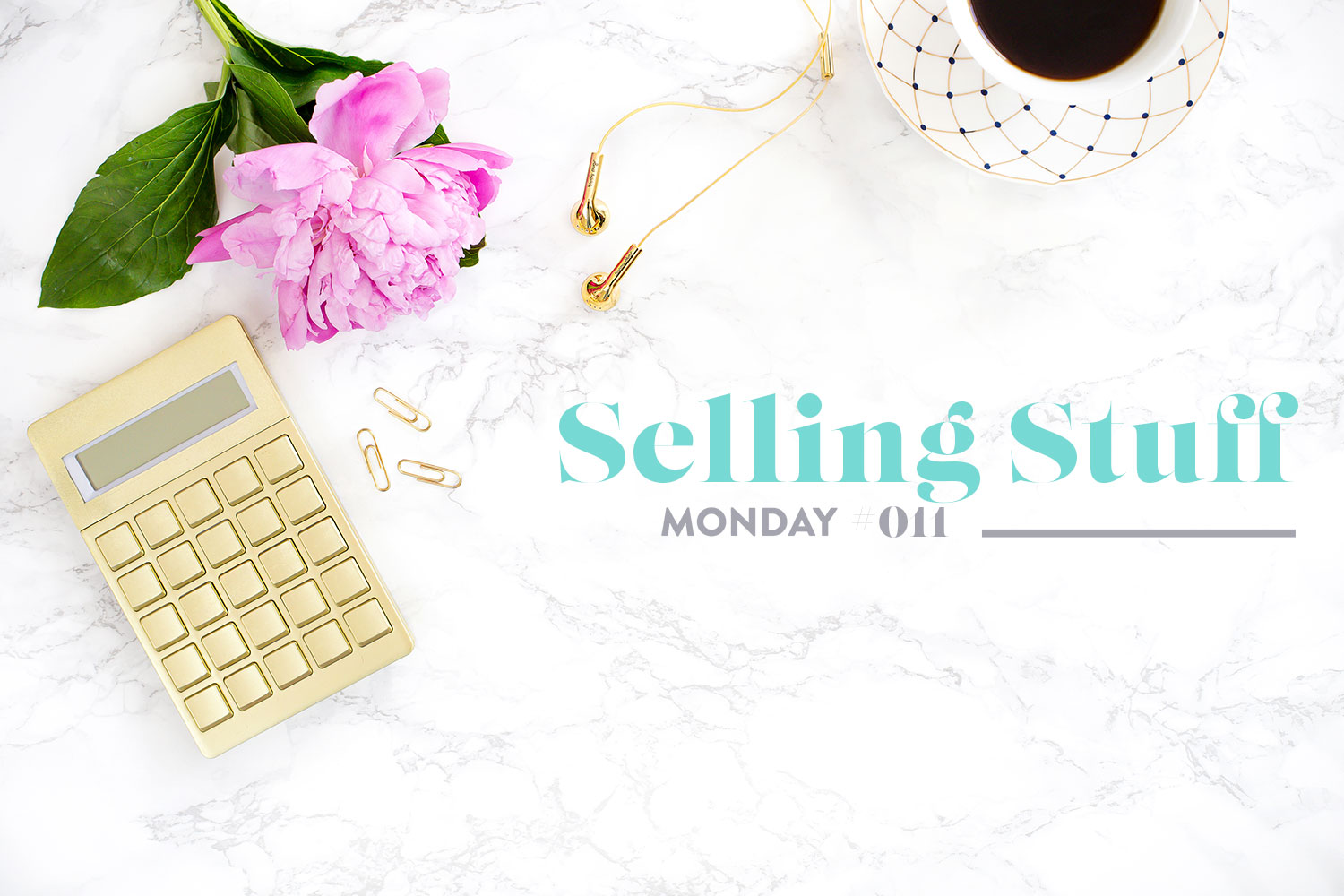